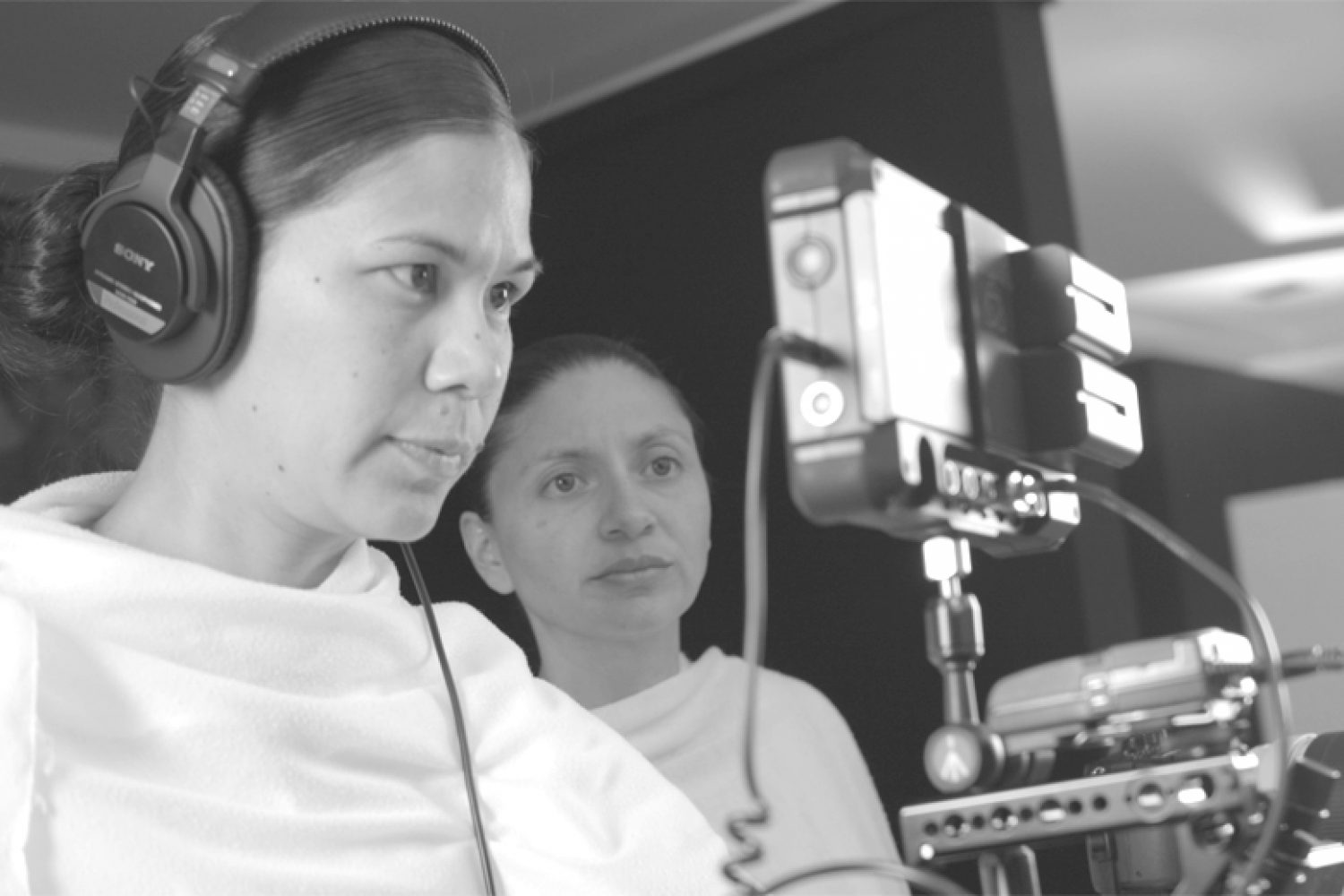 As part of our Spotlight Series, we’re interviewing leaders in the anti-demand and abolitionist movements. We recently spoke with Sadhvi Siddhali Shree, the first North American Jain female-monk, a US Army Iraq veteran, international speaker, author, documentarian, and activist for social justice. Her latest film, “Stopping Traffic,” is an inspiring documentary that focuses on the heroes of the anti-sex-trafficking movement in order to raise awareness, expand the movement, and present practical solutions to eradicate sex trafficking.

In this Q&A, Ms. Sadhvi tells us more about her film and how she was inspired by the movement leaders working tirelessly to stop sex trafficking.

Q. Why was it important for you to make this movie?

There are several reasons that the team of monks and nuns at Siddhayatan Spiritual Retreat felt the need to produce this film. The main reason we wanted to create “Stopping Traffic” was to raise awareness about this issue, because unless you know about it and feel/imagine the pain of someone else, you won’t be moved to help relieve that pain. Unless we talk about such a taboo subject then no one will know about it.

After we learned about sex trafficking, we knew we wanted to join the movement, and we decided making a film about it would be the best way for us. Most documentaries, in general, don’t have strong calls to action and usually leave a viewer feeling helpless and hopeless. We need more positivity in this world, so though we presented the dark topic of sex-trafficking, we also shined the light on the powerful and positive movement to end it as well as sharing nine specific ways everyone can be involved in small and big ways. Truly, everyone can make a difference.

People say “Stopping Traffic” is “raw, powerful, and hopeful,” and it was created in a way that the youth movement would be engaged, educated, and inspired. We know that the youth are the leaders of the movement, so if they know about this cause at such a young age they can prevent it from happening, not participate in it as a buyer, and use their passion, energy, and creativity to help end it.

Q. What did you learn about sex trafficking after making this movie?

It was really a difficult subject to dive into. After meeting with victims and survivors of sex-trafficking, your heart is broken; you can’t see how there are people out there in this world that would abuse, rape, and destroy another human being 30-40 times a day. Yet knowing the darkness, we were inspired and empowered by the victims and survivors and their stories. Seeing the light and hope in their eyes, learning how they are trying to heal, overcome the challenges, get educated, start a business, or be an outspoken activist—it’s all inspiring. We think we’ve gone through so much pain, imagine what they went through. So the learning curve of not just knowing facts and statistics, but being in the presence of someone that went through it was very moving. At times we’d have to take a pause just to digest what we were seeing and hearing at the locations where it was happening.

What we also learned was that there are inspiring heroes that are doing everything they can to combat human trafficking in their own ways. Whether it’s Rosi Orozco—the leading activist in Mexico—who became a congresswoman to help pass the first legislation to help punish criminals and protect victims; or Cecilia Flores-Oebanda, who in the Philippines has been going to airport, ports, everywhere rescuing several girls and boys at a time and providing help and healing at her Center of Hope; or Dr. John King of Give Them a Voice Foundation, who was sexually abused and trafficked by his own parents among their friends, and is now involved in rescue work and speaking publicly to raise awareness about sexual abuse and trafficking of boys; or Karla Jacinto, who was trafficked for four years and raped 30-40 times every single day, and now speaks around the world at the Vatican, US Congress, and colleges in Mexico and the United States, sharing her story and inspiring people to get involved in the fight. So being blessed and honored to know such amazing, courageous individuals taught us so much. Q. What do you say to people who cannot see the harmful side of sex trafficking?

We haven’t met anyone yet who, after watching our film, feels there is no harmful side to sex trafficking. We have received some resistance for sharing the message that pornography, strip clubs, and massage parlors are part of the human trafficking web. Strip clubs and pornography, especially, appear very normal in our culture; hence, the resistance. Because of the normalcy, it makes it a bit more challenging to prove the connections to the general public, though research supports it. If there’s no desire or demand, there is no need to supply humans as products. Pornography engages the senses, creates lust, and is sexual entertainment. When these needs and desires go unresolved or unmet, men and women are willing to pay money to fulfill their desires at the cost of someone’s freedom and/or dignity. Often times it becomes an addiction, which makes the cycle continue and continue. It’s important to value ourselves as human beings and value others the same way. What we wish for ourselves, we wish for others too.

Q. What’s the call to action? What do you want people to do after seeing the film?

Once people watch “Stopping Traffic,” we want them to tell their friends about the film and get them to watch it. The more people are aware of the issue, the more they will get involved in spotting human trafficking, be less likely to fall to into it, and able to prevent it from happening. In the beginning, most people didn’t believe in climate change, but because the voices got louder and people became informed and involved, now we have laws that help us protect our environment. Viewers can find local anti-trafficking organizations like Demand Abolition to support with their time or finances, they can talk about the issue with friends and family—maybe host a “Stopping Traffic” film screening. They can stop watching pornography, empower women, start an anti-trafficking student group at their school, or do a fundraiser at work to help a local organization. Everybody has an area of influence. Everybody can make a difference.

Q. Where can they see the film?

With the help of our newly signed-on film agent, we hope to find distribution for “Stopping Traffic” very soon. Our goal is to do a limited theatrical release in select cities in September. After that, “Stopping Traffic” will be available on DVD and via online digital platforms. Proceeds from the film will directly fund our anti-human trafficking efforts as well as support select shelters and rescue teams. Please sign up at http://stoppingtrafficfilm.com to be in the loop of our film updates and to be notified once it is released.