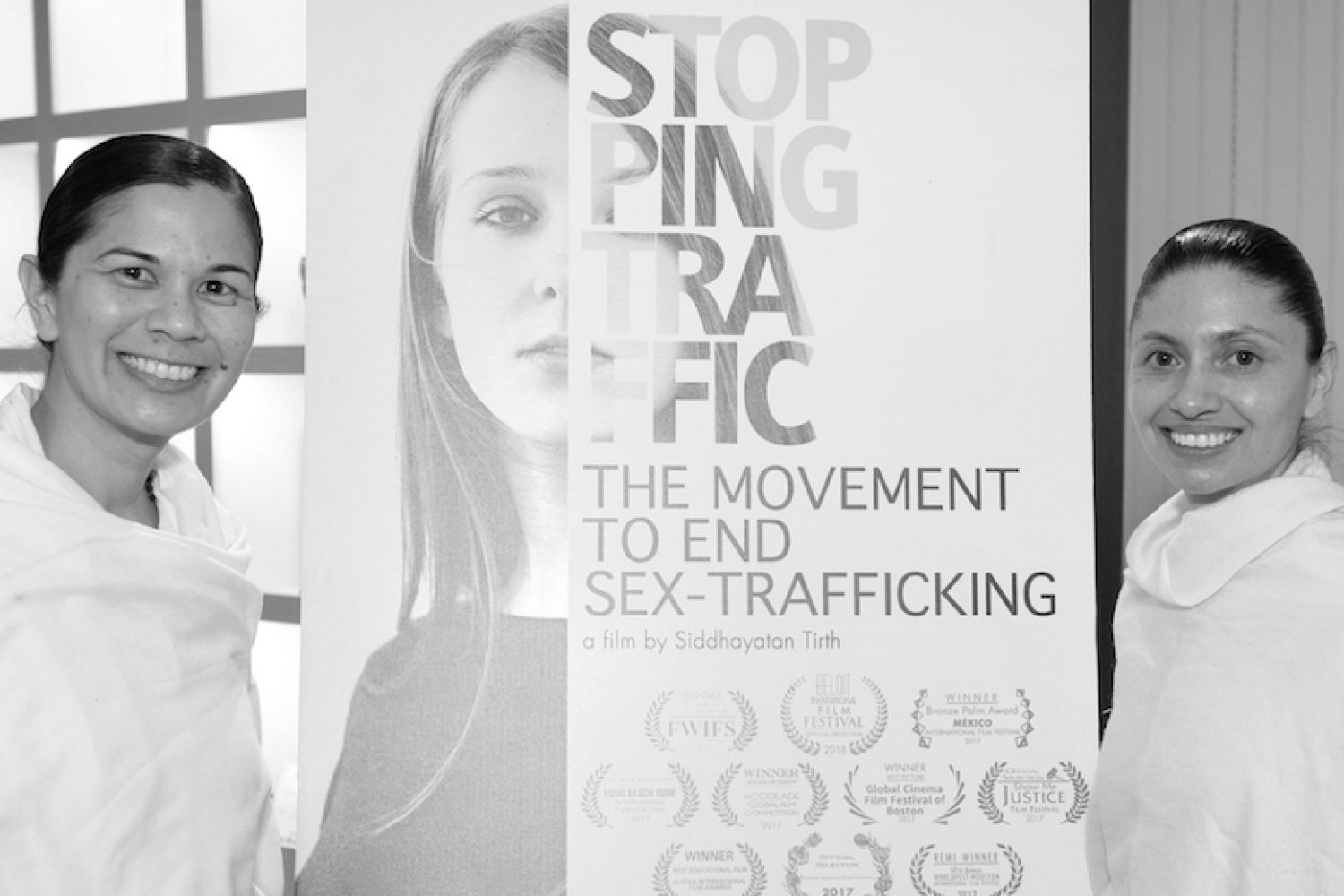 Sadhvi Siddhali Shree, a North American Jain female-monk, author, social activist and Iraq War veteran, who chose to investigate the international crisis of human sex trafficking, particularly of minors, from a deeply personal point of view in her debut documentary, “Stopping Traffic,” is taking her message to many more people this week.

With January being National Human Trafficking Awareness Month, the documentary, which Shree co-directed with Sadhvi Anubhuti, was picked up by NowThis, a media/news company that posts “empowering,” “celebratory,” informative” and “inclusive” videos featuring women.

The video, featuring the two Jain monks and exclusive footage from their documentary, has now gone viral on Facebook, acquiring close to one million views in less than a week. It has been shared over 8,000 times and several thousands have reacted to it.

The video begins with the message that millions of women are trapped as sex slaves and goes on to show a blurred video of a man initiating a sexual encounter with a minor and all the while videotaping it.

“You get angry, you get depressed,” says Shree. “Who rapes kids and makes money off of it. Why aren’t people taking about it? Why is this so taboo?”

The two monks created this documentary, which follows trafficked victims all over the world, to shed a light on the truth of modern-day slavery.

“You just cannot comprehend the level of darkness that’s out in the world,” says Sadhvi Anubhuti. “You are ripping away their dignity, respect, love.”

The video goes on to inform that there are an estimated 25 million victims of human trafficking worldwide, and a mere 2 percent of victims make it home alive; they are either trapped, killed or feel too much shame to return home.

Today, with the instant reach of social media and the explosion in cyber-porn, a child sex slave can be purchased online and delivered to a customer more quickly than a pizza, believes Shree.

“It’s so important to get educated about human trafficking,” says Shree. “This way we can spot the signs, the symptoms, and perhaps save kids and rescue them before it’s too late.”

All proceeds from the documentary go towards trafficking awareness campaigns and shelters for survivors.